The world has recently seen a dramatic increase in the number of refugees as new humanitarian crises, such as the Syrian Civil War and the rise of ISIS, have emerged while old conflicts have remained unresolved. Of the 51.2 million forcibly displaced peoples worldwide in 2013, refugees numbered 16.7 million. Less than 1% of the 11.7 million refugees under the care of the UNHCR are resettled to a third country and annually, global refugee resettlement needs outweigh the UNCHR’s capacity to address them.

The United States, the largest recipient of resettled refugees in the world, has given millions a permanent home and the opportunity to rebuild their lives. In fact, of the 10 countries that carry out resettlement programs, the United States accepts more than double the number of refugees accepted by the other nine countries combined. Annually, upon consultation with Congress and refugee-related agencies, the President determines the ceiling on the number of refugee admissions to the United States, which in FY 2014 amounted to 70,000.

As the recipient of over 700 refugees annually in recent fiscal years, Philadelphia can expect to see a change in the makeup of its refugee population as well as an increase in its number. With refugee resettlement needs increasing and evolving and issues of immigration becoming more pressing, Nationalities Service Center has aptly undergone a strategic plan development process that will favorably position the organization to meet demands in this ever-changing environment in the course of the next 3 years.

NSC seeks to be the leading regional provider of comprehensive services to immigrants and refugees. We strive to provide services which are well-considered and highly responsive to emerging client needs in the midst of an exceedingly challenging and impermanent geopolitical operating environment. As such we are compelled to grow our financial resources and technological capacities at a measured pace in a HQ location outfitted to enable us to serve our clients in an appropriately dignified setting. 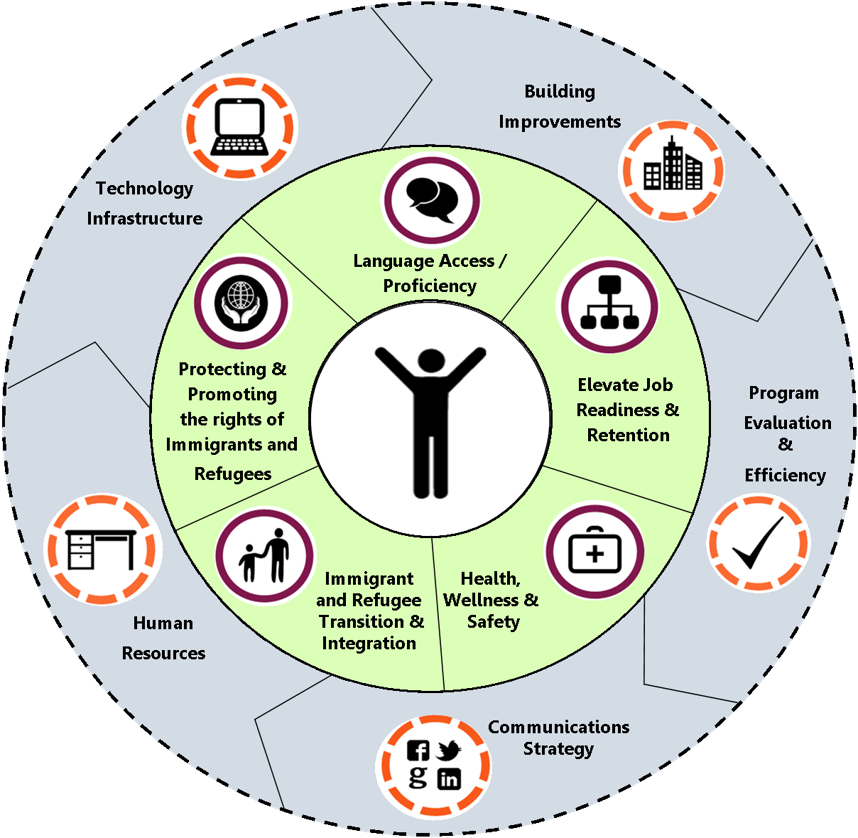